Headquartered in Melbourne, Australia, Envato is a completely online company with an ecosyst 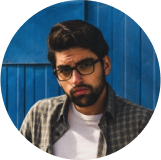 Headquartered in Melbourne, Australia, Envato is a completely online company with an ecosystem of sites and services to help people get creative. We’ve consistently been named as one of the Best Places to Work in Australia, since 2015, in the BRW Awards, and we’ve also been awarded the title of Australia’s Coolest Company for Women and Diversity by JobAdvisor.

Envato was found in 2006 and, since then, we’ve helped a community of creative sellers earn more than $500 Million. Millions of people around the world choose our marketplace, studio and courses to buy files, hire freelancers, or learn the skills needed to build websites, videos, apps, graphics and more. Find out more at Envato Market, Envato Elements, Envato Sites, Envato Studio and Tuts+.